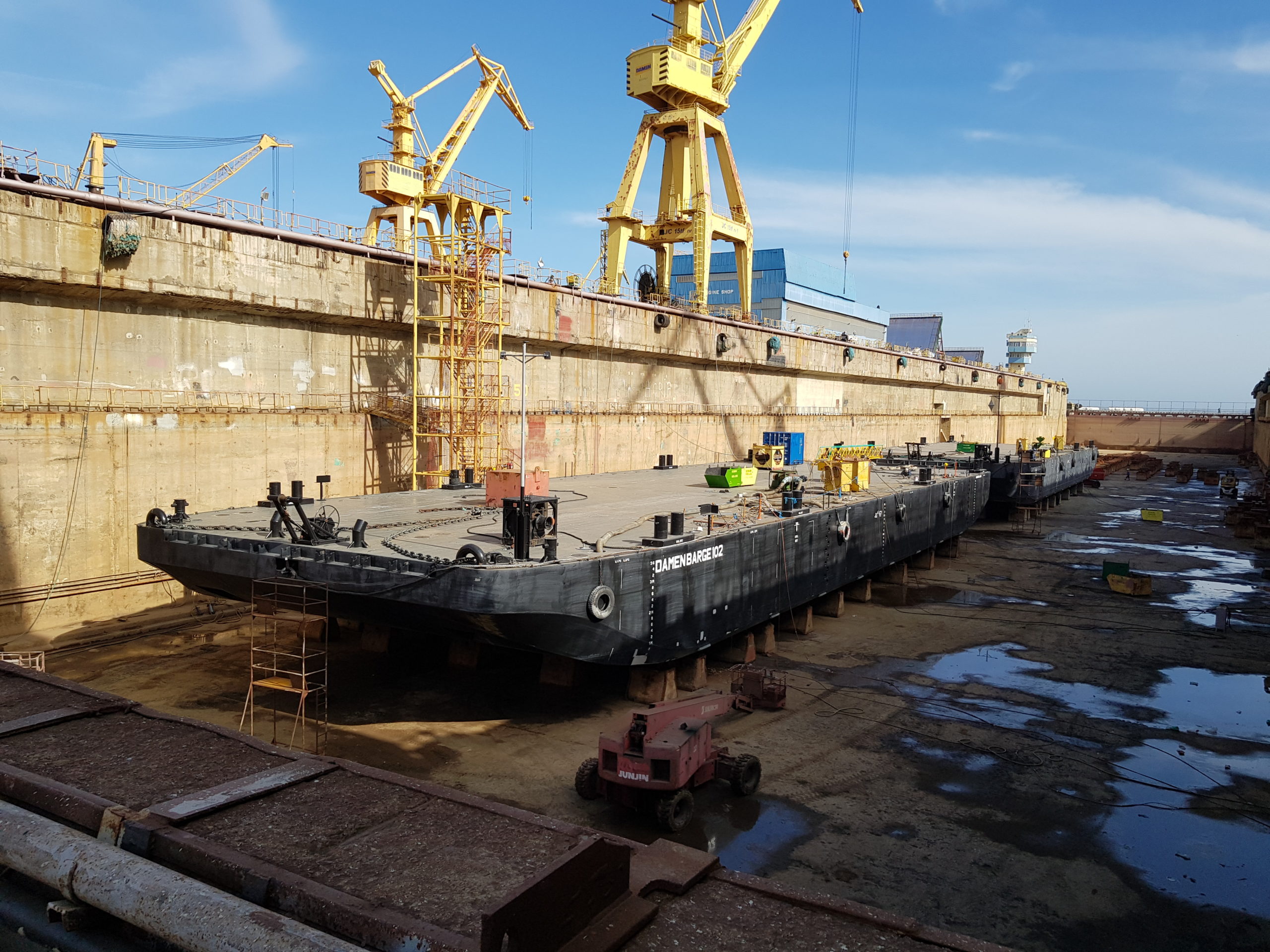 Client was looking for one pontoon to expand their fleet. The client informed Dutch Marine of their intention to enlarge their fleet and asked if we had any ideas / solutions for their search for new barge.

While working on a project for a shipyard Dutch Marine became aware about the precense of two 60 meter flattop pontoons. Which might suit the clients requirements. The heavy contructed nearly new pontoons could fit into clients fleet. The client instructed Dutch Marine to negiotiate a possible deal. A deal was agreed subject the inspection. Dutch Marine went to the yard to execute the final inspection of the two flattop pontoons, which resulted in the acceptance of the two pontoons by the client. Client instructed Dutch Marine to modify the pontoons to clients specifications. Dutch Marine negotiated the modifications at the yard in Romania and supervised the modifications, arranged change of class, class renewal, dry-docking and outfitting of the pontoons while the clients own tug was on its way to collect the pontoons.

During the process of the change of class Dutch Marine also arranged the plan approval for the modification of the barges. This way we were able to save valuable time so the works could be executed during the mobilization time of the tug.

Dutch Marine vast network within the marine industry and client own network for outfitting and supplies.

The Sale was concluded in 3 business days. The modifications were done in 20 days.